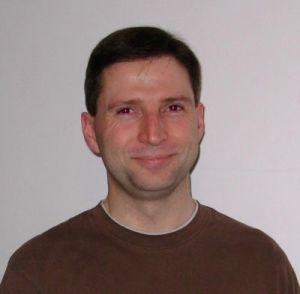 Paul is a northerner by birth, having been brought up on the Wirral, but his family roots (as he will tell anyone with the patience to listen) are in Suffolk. In fact his grandmother was born only a short walk away from our church building.

He was working as the Practice Manager of a firm of Solicitors before he had the call to go and study for the ministry. He has also been a welfare benefits adviser and an elected councillor.

Paul studied theology and pastoral studies at Oak Hill Theological College in North London, graduating with an MTh. He counts himself very fortunate to have gone to a college with such high academic standards and, more importantly, such a high view of biblical truth. He says, “I learned a lot there. They were interested in the spiritual development of their students and that was invaluable. They taught us how to think biblically. And I made some very good friends with whom I am still in contact.”

In the summer of 2011 Paul graduated from college and began looking for pastoral work. He wrote to a number of churches, one of which was the Avenue Evangelical Church. The church members were looking for a pastor and so invited Paul to come and preach. He came twice, in November 2011 and then in January 2012, following which the members unanimously agreed to ask him to come and be their Pastor. He arrived in time to take the Easter services in 2012.

Paul counts himself a Liverpool supporter (even though the last time he went regularly to Anfield was 1988!). It means spending lots of time recalling glory days when they actually won things (including league titles) and an equal amount of time in wishful thinking.

He is also an avid reader and walker (not, usually, at the same time owing to the increased risk of walking into lampposts) and he loves to spend his spare time walking the shingle beaches of Suffolk.

When on the Wirral another favourite pastime was driving his classic Jaguar XJ6. Sadly he had to leave that up on the Wirral, though he is still hopeful of an eventual reunion.

Paul works at the church Monday – Thursday and again on Saturday and is available for prayer or a chat. Telephone him on 01394 383479.